Joe O'Donnell recently sat on the panel at Corrymeela for the CREDIT course which is designed for teachers who are currently involved in community relations work in their schools.

View our interactive database of Belfast interfaces, including descriptions, photographs and Google StreetView of all security barriers and defensive uses of space throughout the city.

This initiative was created to move away from crisis management of youth led interface violence to a co-ordinated approach to developing strategic interventions. It will build positive sustainable interface relationships to utilise local knowledge and expertise to develop a collaborative and integrated approach to youth provision. The project will contribute to preventing the outbreak of interface violence in the future and thereby help to ensure that the past is not repeated

The project is at the early stages of development but the first four partnerships are currently set up and thus we wanted to launch the programme in a way that would attract the young people who will be involved.

We held the launch in Belfast’s Crumlin Road Gaol, which dates back to 1845 and closed its doors as a working prison in 1996. After extensive renovations the gaol has re-opened as a visitor attraction and conference centre. The Gaol has a long and varied past from when women and children were held within its walls through to the political segregation of republican and loyalist prisoners during the ‘Troubles’. The setting was stark as we held the launch in the circle, off which are the four wings of the Gaol. We sat in a cold, large circle surrounded by bars and four long eerie corridors filled with small cells and a prevailing sense of sad history.

Into this room crammed 90 young people and community workers from the first four clusters: Donegall Pass/Markets/Lower Ormeau, Inner East/Short Strand, Ardoyne/Woodvale and Mid-Falls/Shankill, along with some statutory representatives from NOHE, BELB and Pauline Perry from our funders, Pobal. The guest speaker was Rory Best, Ulster and Irish Rugby International, who was interviewed by Trevor Ringland, a former Ulster and Irish Rugby international and spoke about the use of sport in youth intervention settings. This was followed by everyone embarking on a tour of C-Wing to see the 'hanging cell' and the conditions under which inmates served their sentences.

It was not lost on all of those taking part in the official launch of the Youth Intervention Project that, while the newly renovated Crumlin Road Gaol provided an excellent setting for the event, it was a time and a place ‘historically’ that no one wanted to revisit especially our young people.

Our thanks go out to all who helped make the event so special, including our speakers Rory and Trevor, the youth and community workers and all the young people who came along on the night, and the staff at Crumlin Road Gaol.

For more information about the Youth Intervention Project, click here. 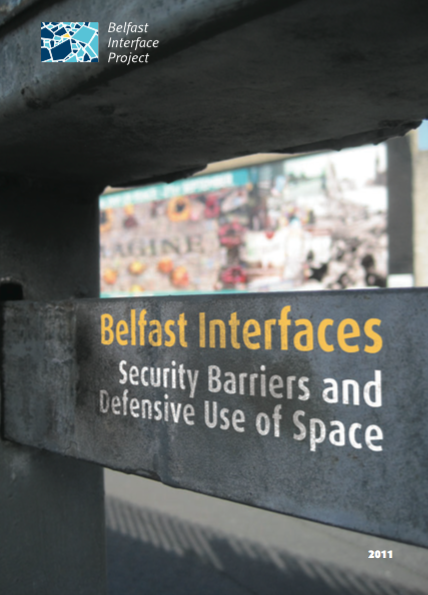